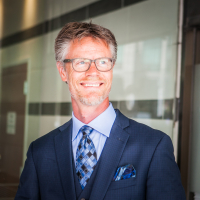 Ken Boessenkool is a professor at the Max Bell School of Public Policy at McGill University (he is a former J.W. McConnell Professor of Practice at the School).

He is also a Research Fellow at the CD Howe Institute, contributor to The Line and President and founder of Sidicus Consulting Ltd.

Ken has played senior strategic and policy roles in four national election campaigns for the Conservative Party of Canada under the leadership of Prime Minister Stephen Harper. He has been Chief of Staff to former Premier of British Columbia Christy Clark, a senior policy advisor to three national Conservative leaders, two Alberta Finance Ministers, and an Ontario Progressive Conservative Leader.

Ken has published numerous policy and academic papers on a range of key national issues and is a frequent contributor to numerous online and print publications.